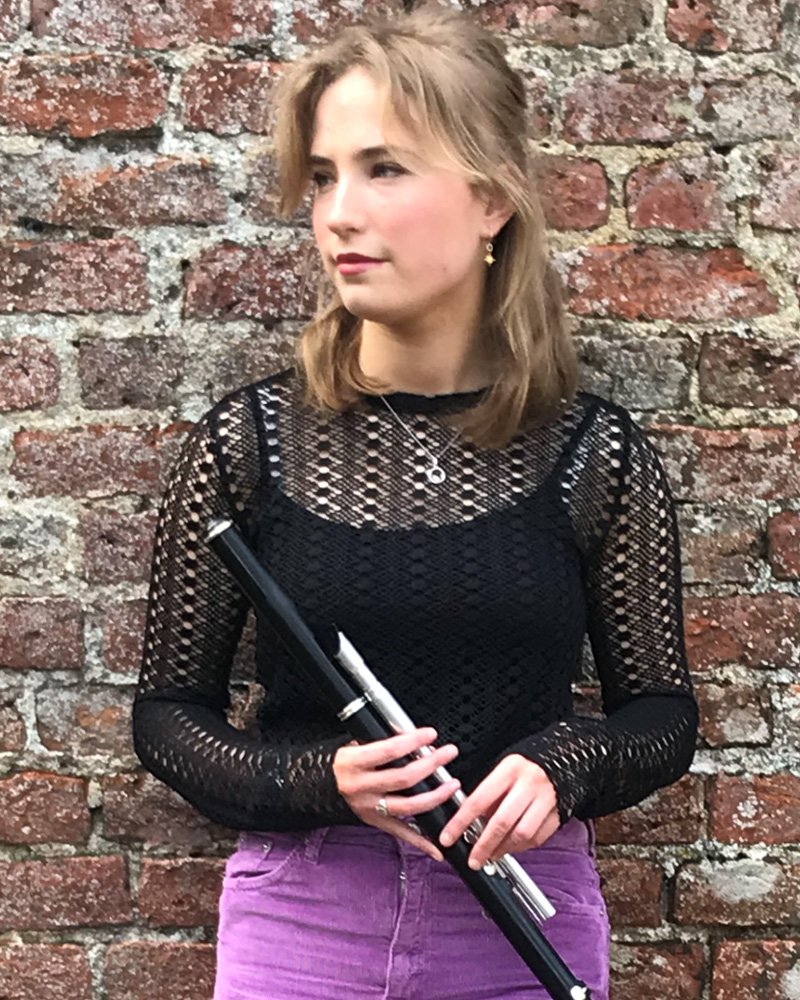 Ellen O’Brien is a young award-winning musician and composer from County Cavan. Her style of music is eclectic encompassing Traditional, Classical, Contemporary and Indie rock. Instruments include Flute, Whistle, Guitar and Piano, playing anything from Matt Molloy and Debussy to The Cure and of course her own compositions.

Ellen has been playing music from a young age and has a very distinctive style. Greatly influenced in the Irish tradition by her teacher James McGovern from Leitrim, and also playing piano she has won many awards for both, including All Ireland Champion on Flute and Whistle in 2017, and a High Achievers Medal from the Royal Irish Academy of Music for grade eight Classical piano in 2018.

Appearing on RTÉ as part of the Fleadh Cheoil series she has also performed on radio and has played solo and with groups. Leading workshops, teaching and playing music for live theatre she was recently part of The Gift/An Bronntanas a series of short videos commissioned by Cavan Arts office. Ellen is currently studying music.