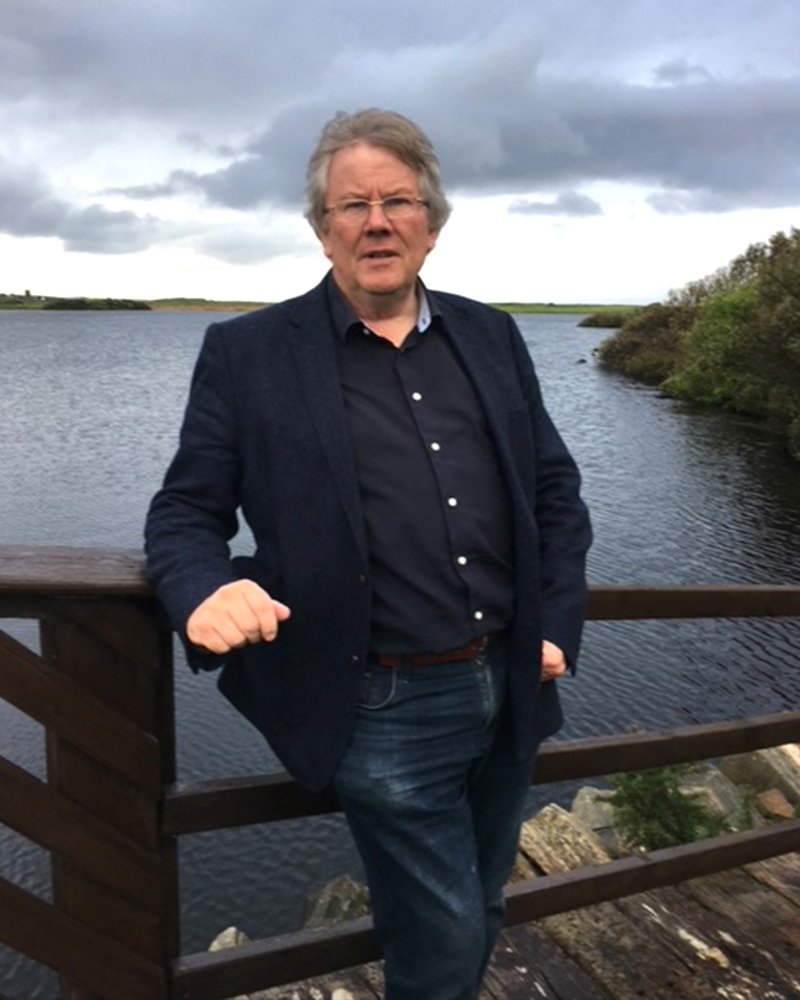 Noel Monahan has published seven collections of poetry with Salmon Poetry, Ireland. An eight collection, Celui Qui Porte Un Veau, a selection of French translations of his work was published in France by Alidades, in 2014.

A selection of Italian translations of his poetry was published in Milan by Guanda in November 2015: “Tra Una Vita E L’Altra”. His poetry was prescribed text for the Leaving Certificate English, 2011-2012.

In the past Noel has toured in England, Italy and America giving readings and delivering literary papers on Irish literature. His play: “Broken Cups” won the  RTE P.J. O’Connor Award in 2001 and Chalk Dust, a long poem of his, was adapted for stage and directed by Padraic McIntyre, Ramor Theatre, 2019.

During the Covid-19 lockdown, Noel had to reinvent his poetry readings and he produced a selection of Short Films: “Isolation & Creativity”, “Still Life”, “Tolle Lege” and A Poetry Day Ireland Reading for Cavan Library, 2021. The filming and editing of the same was by Pádraig Conaty, Niall Monahan and Jago Studio, Cavan.

Noel is presently working on his memoirs and the opening chapters will be published by New Hibernia Review, Center for Irish Studies, University of St. Thomas, Saint Paul, Minnesota. A number of his most recent poems have been translated into German and will appear later this summer.